How to get organisational culture 'right' 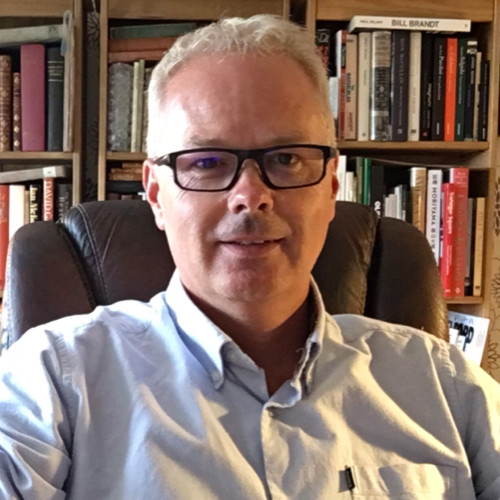 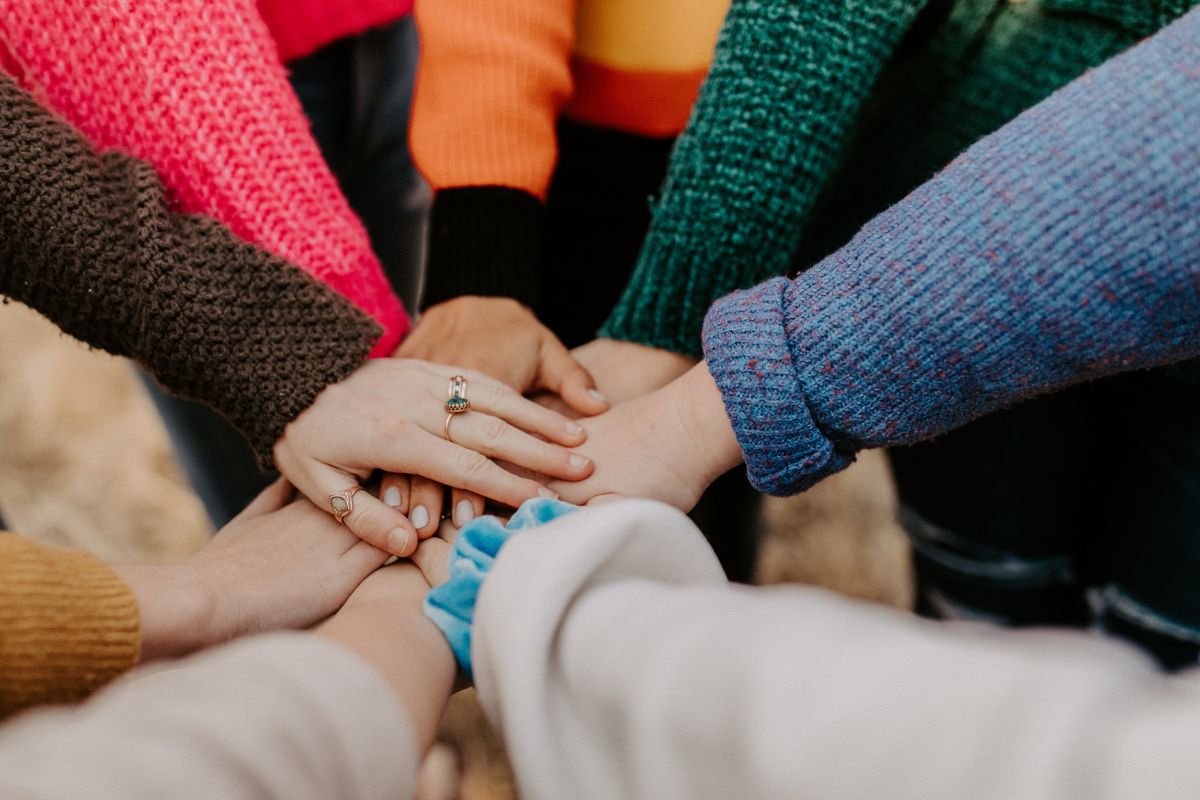 When we speak of 'culture' we think of a set of deep-rooted and interconnected set of structures (cities and buildings), symbols (languages, art and costume), and common behaviours (how people live, work and play).

These societal cultures are built up over many, many generations and they help define and stabilise the world we inhabit. But, cultures can - and do - develop more quickly, particularly within larger organisations.  And they too can have a positive effect on those who have to live and work within it.

Corporate culture can, if done well, can take on a life of its own. Often you'll hear people talking about an organisation rather than the products or services it sells. For example, your culture can get you a reputation that can attract top talent, or make you the preferred supplier or bidder, even if your costs aren't the cheapest.

It goes without saying, therefore, that culture can make or break a business.

So, how do you ensure you’ve got the right one?

In this post, we’re going to break things down:

But first, what is organisational culture anyway?

What is organisational culture?

Organisational culture can be defined as the messages and signals that we all pick up from what we see around us.

How are our colleagues seen to work, day-to-day?  How do they talk about the workplace environment and their relationship with the organisation?

From these ‘experiences’ – what we see and hear – we can then determine what we believe is truly important to the organisation.

The problem is that this experience of the workplace is not always consistent with the desired culture. Indeed, they can

Take a new employee, for example. They’ll usually spend their first few days going through the induction process – with a good one setting some expectations about what it feels like to work for the organisation. This might typically include its values and some explanation about attitude, integrity, and leadership.

Let us assume that the induction process has left the new employee with the feeling that this is a place where risks are taken, ideas are encouraged and leadership is supportive.

All of that can be undermined in minutes if the reality is that his or her manager runs their department in a strict hierarchy, where information only flows top down and completing tasks is more important than ideas.

This ‘mismatch’ is potentially very damaging and toxic. But it is these signals and messages that ultimately define the organisation’s culture, not the well-drilled induction presentations, or the sentiments conveyed in a slick promotional video.

How to really understand your organisation’s culture

It is often said that 'Culture is felt in the heart and gut; strategy is processed in the mind…'

Culture within organisations can either be the intangible-but-palpable attribute that puts a smile on the face of your employees, suppliers and customers. Or it can be like an undetected disease, slowly paralysing the organisation and which, if left untreated, ultimately kills it.

It’s therefore important that we know the difference and understand how, as leaders, we can influence and ultimately underpin the ‘good culture’ and identify and change the ‘bad culture’.

We all create a sense of what the culture is from a mix of three core elements:

We all respond to behaviour. If someone barks orders at us we know where we stand. The fact that we will be less productive than if they had asked for our help or even our ideas is beside the point here.

The point is that the behaviour of others – everyone in the business, not just management – tells us a great deal about its culture.

When someone is asked to manipulate the sales figures so they look better than they really are, we conclude that senior management isn't interested in the truth, and they don't like bad news. We also know that lying is acceptable and that we aren't operating as one team.

When the star player in the team is accused of workplace bullying but appears to get away with it because of the number of calls they handle it says something about the organisation's priorities.

'This is an environment that is based on trust...' Words you might read or hear about the organisation.

However, that won't ring true if employees are asked to fill out a requisition form and get signed by their line manager each time they need a new notepad. The process doesn't support the desired culture.

Likewise, if senior management is asking the organisation to all pull together and increase the speed of customer order processing, the process (and systems/software to fulfil the process) needs to support that.

Signals are the written, unwritten, spoken and unspoken messages that we see, hear and interpret.

Telling employees that they need to cut costs whilst at the same time having the boardroom refurbished with a new drinks cabinet is a message that tells everyone about the real culture. As does the office bully’s promotion to team leader, or when you change the brand of coffee in the staff kitchen to save money.

Our perceptions of what the culture really is are created in a very short period of time but reinforced over the long term through how we see others behave, the signals that we see and hear, and the processes that are part of how we operate on a day-to-day basis.

Culture determines the organisation's ability to achieve its targets. Not all bad cultures are oppressive. A culture that is so relaxed and informal that nobody has accountability is just as destructive as a culture that is overbearing.

What is the right culture for your organisation?

First, let us be clear that there isn't a one-size-fits-all culture. Your culture will be unique to your organisation and based on your unique blend of values, objectives and principles.

To get some idea of how to define the right culture consider the following, and mark them on a scale from 1 to 10:

A call centre operation might score highly in achieving targets, brand reputation and being serious.

A retailer might score highly in customer loyalty, employee retention, brand reputation and being fun.

An engineering company might score highly in employee retention, reputation and innovation.

For all of the above questions where you scored 5 or more, you should consider what that means for you.

Does being serious mean a strict dress code? No cuddly toys next to workstations?

Can you really achieve customer loyalty with a process that requires every goodwill gesture to be signed off? Or innovate without a process for developing ideas?

You will also need to consider how the organisation’s culture will reflect your values and principles.

Ask yourself the following questions remembering that this is about real experience based on interactions, not marketing.

If you want your customers to see you as honest and transparent should you really be trying to hide the small print on page 10 of the agreement?

Want employees to regard your organisation as a place to learn and progress? Then you’ll need to think about whether you have a process already, and be willing to put one in place if not.

If you’ve gone through the above exercise, you should now have some idea of the type of culture you want to create.

Of course, you need to be sure that it's a culture that will deliver against your objectives and stated values – but you probably have more checks and balances already in place for measuring those than you do culture.

Culture embeds over time. You won't change it overnight, but you can make progress very quickly if you go about it in the right way.

To create the right culture requires aligning behaviours, processes and signals against what you have decided is the culture you need.

Changing behaviours might include a review of your leadership and development tools, the types of reports that are generated, the number and manner of meetings, the types of behaviour you reward and recognise, and the type of people you recruit and promote.

Changing processes can require significant capital investment particularly if you have multiple platforms and systems. However, look for the quick wins, recognise and be honest about where processes are at odds with the culture, and then reset what your own expectations will be as a result.

Changing the signals that people pick up on simply requires you to think about the impact and perception of your actions and decisions.

Never think that a decision you make won't be talked about by employees. In fact, you should always assume that whatever decisions and actions you take will be discussed within hours in the staff kitchen or a Slack/MS Teams backchannel. If you don't care, then it says something about your culture.

Giving life to your company culture

Embedding and sustaining the ‘right’ culture for your organisation is the ultimate goal.

As a leader, you are, in part, responsible for creating and sustaining the culture that your people work within. How they work will ultimately determine your reputation within the marketplace. And at a time when competition in every sector is fierce, your culture could be the key point of difference.

Knowing where you want to be and identifying what you need to change is the first step. But living it day-to-day requires getting the following parts of your organisation right for your culture:

Found yourself going back to the drawing board when it comes to defining your culture? Our experienced team can help - get in touch to find out more.

I have 25 years of working with some of the world’s biggest brands, helping them to change, adapt, become more resilient and sustainable. My dissertation was on the role of employee engagement in the success of change programmes.

Read more from this author

Get our latest insights on delivering business transformation that sticks – direct to your inbox.